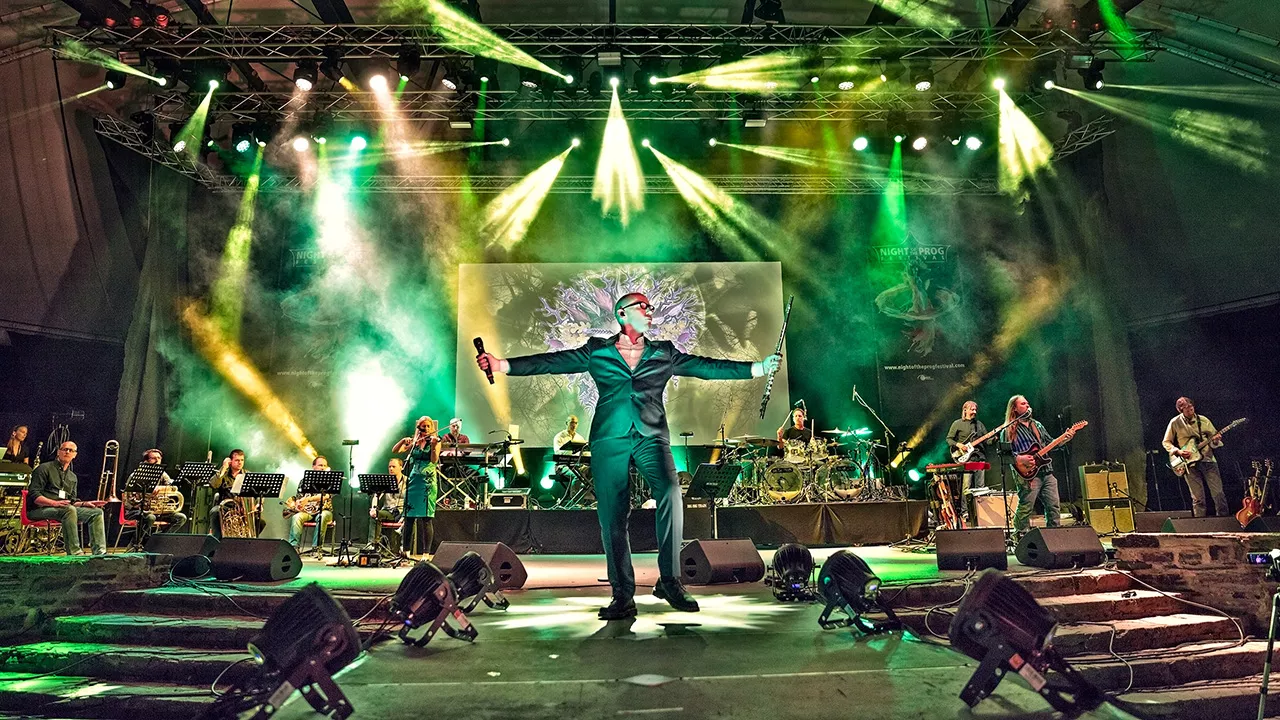 Big Big Train first came onto my radar in 2016, when they issued their now out-of-print Stone & Steel Blu-Ray. Recorded at Peter Gabriel’s Real World Studios in August 2014, the latest iteration of the band - fronted by singer/songwriter David Longdon and featuring XTC guitarist Dave Gregory - performed an incredible live set as part of preparations for their long-awaited return to touring.

The band was originally founded in 1990 and went through a number of line-up changes in the first 15 years of its existence. Their sixth studio album and the first to feature Longdon’s vocals, The Underfall Yard, received critical acclaim in progressive music circles immediately following its release in December 2009. In the years since, they’ve gone on to win four Progressive Music Awards and have played a number of sold-out shows.

Stone & Steel was also notable in that it represented the band’s first foray into the world of immersive audio. Big Big Train is an unusually large ensemble, perhaps too big for a stereo mix to contain. In addition to the rhythm section of Nick D’Virgilio on drums and Greg Spawton on bass, this live lineup includes Danny Manners on keyboard, Rachel Hall on violin and cello, Rikard Sjöblom on guitar, and a three-piece horn section. Sjöblom, Hall, and D’Virgilio also contribute harmony vocals.

All the ingredients for an amazing surround experience were there, and the band’s longtime live sound engineer Rob Aubrey (with input from ‘surround sound consultant’ Neil Palfreyman) didn’t disappoint with his 5.1 take on the performance.

The 5.1 mix of Stone & Steel places the listener in the middle of the band, with elements such as harmony vocals, keyboards, and horns isolated in the rear speakers. The success of Stone & Steel led to two more live Blu-Ray releases with 5.1 surround sound: 2019’s Reflectors Of Light - documenting the band’s October 2017 performance at London’s Cadogan Hall - and 2020’s Empire (capturing the band live in concert at London's Hackney Empire in November 2019).

The band had planned to perform in the United States for the first time in 2020, but their plans were ultimately hampered by the COVID-19 pandemic. In November 2021, fans were shocked to learn of the unexpected passing of David Longdon after a tragic accident at his home in Nottingham. Their fourth and latest live Blu-Ray release, Summer Shall Not Fade, captures Longdon and the band at the height of their powers during a July 2018 performance at Germany’s historic Loreley amphitheater.

The concert begins with “The First Rebreather'' from The Underfall Yard, also performed at the beginning of Stone & Steel. The 5.1 mix roughly retains each band member’s position on stage, but wraps the soundfield around the listener. D’Virgilio’s kit fills up all speakers, with Hall’s violin in front left and Sjöblom’s guitar in front right.

Backing vocals from D'Virgilio, Sjöblom, Hall in the rear speakers perfectly counterbalance Longdon’s lead in the center channel. Manners’ different keyboard sounds are split front and back, with his solo at around the eight minute mark blasting from behind.

Aubrey then changes the arrangement for “Folklore,” introducing the three-piece brass section from the rear for the intro. Gregory and Sjöblom’s guitars now appear in front left and right, while Hall’s violin weaves in and out of the left rear and Sjöblom’s guitar lead commands the center speaker.

I suppose my only disappointment with Summer Shall Not Fade is that nearly all the songs were performed in prior live sets, save for the beautiful “Summer’s Lease” and historical epic “The Permanent Way.” Of course, any Big Big Train performance would be incomplete without their trademark epics “Wassail” and “East Coast Racer.”

Overall, Summer Shall Not Fade is another strong addition to the band’s immersive pantheon. It will be interesting to see if they commission 5.1 or Dolby Atmos remixes of past studio albums, such as The Underfall Yard or even this year’s Welcome To The Planet.