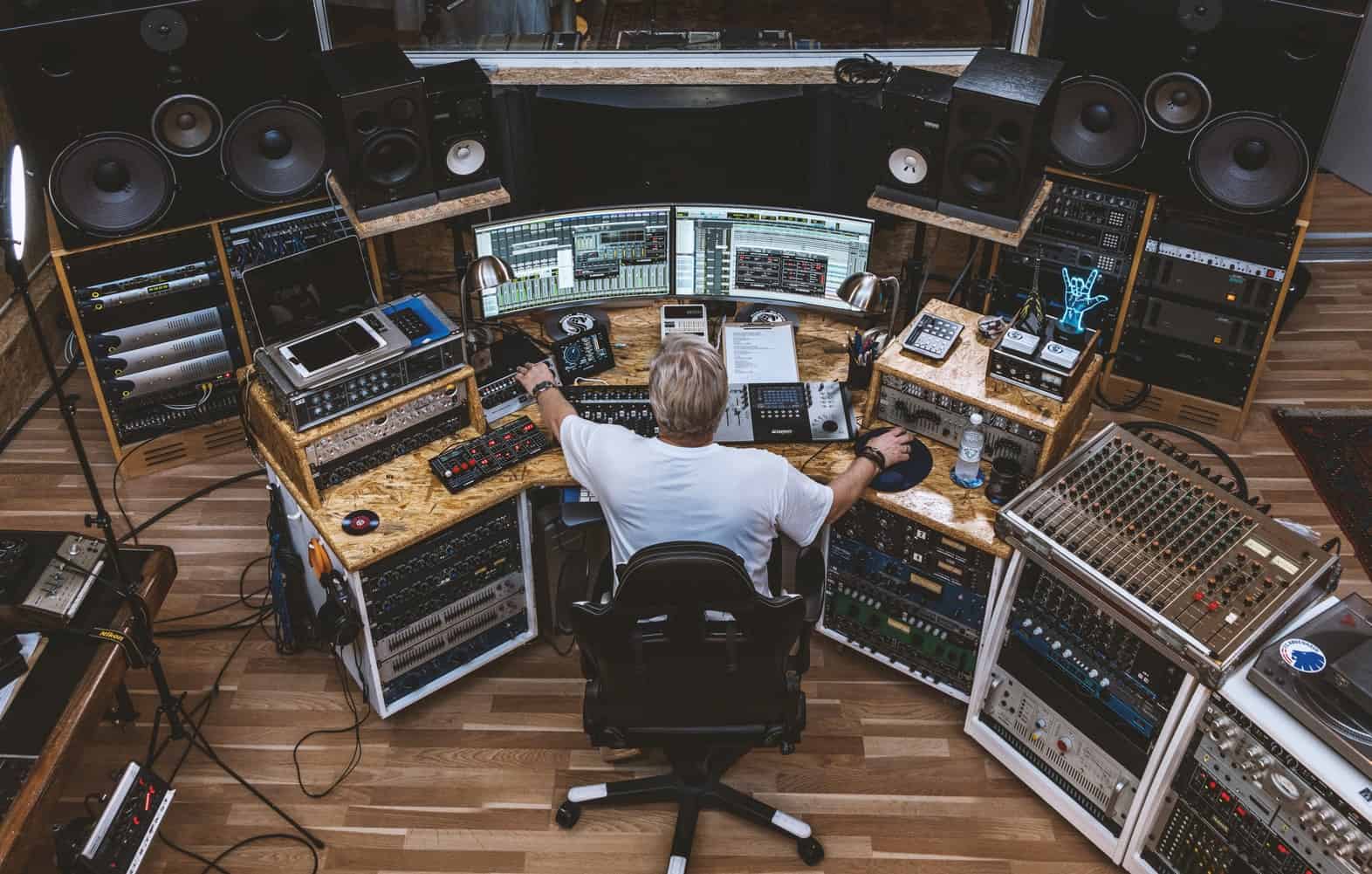 An Introduction to 3D Sound: What is Immersive Audio?

The world of technology moves so incredibly fast that it can sometimes be hard to keep up.
Ben Jacklin
6 min read

The world of technology moves so incredibly fast that it can sometimes be hard to keep up. Audio is a huge part of that, and as the music industry has grown immensely alongside technology over the past decade — along with the gaming and video industries — there is always a need to keep pushing boundaries. Audio manufacturers have done so by creating immersive audio. Immersive audio is audio designed not just to come from one source, or from stationary positions to the left and right of you, but rather from infinite points all around you.

What is Immersive Audio?

Immersive audio is the new multi-dimensional approach to audio storytelling that immerses listeners in an expanded sonic field that goes beyond traditional surround sound. While “surround sound” exists in a horizontal plane around the listener, “immersive audio” is designed to produce a fully immersive experience where audio is perceived as coming from all around you.

In 2019, the Recording Academy changed the “Surround Sound” category in the annual Grammy Awards to an “Immersive Audio” category. This change might have seemed like mere branding to an outsider, but that is not the case. In fact, the changes have been more technological than that, such that it is essentially no longer the same category at all. In basic terms, production technology has gone from being surround, meaning the sound comes from level positions around the listener (left, right, front, and back), to being immersive or “3D.” This means that the sound can now come from above or below, at any point, opening up a new, dynamic audio field. The term “Immersive” has been introduced by many in order to better describe this.

The concept of immersive audio is far from brand new. Disney actually experimented with surround sound at some select screenings of Fantasia as early as the 1940s. Their idea was to try and make it seem like a bee was flying around the room. It would be decades before surround sound would reach anything like the mainstream, though.

The widely-accepted birth of surround sound was in 1957. Musician and artist Henry Jacobs created concerts which were audio/visual in nature that took place at the Morrison Planetarium in San Francisco. The concerts are understood to be the first that utilized surround sound as we know it.

It would still be 20 years until Dolby Stereo Surround would be used in films like Apocalypse Now and Blade Runner. From there, the movie industry would truly and irreversibly run with the idea.

The evolution of how many channels of audio are available to us has been very interesting. The technology is tied closely to recording and engineering. Back in the 1950s and early 1960s, many songs and soundtracks were recorded and mixed in mono, meaning that there was only one channel of audio. Even if there were two speakers, both were playing the same thing. There was no ability to split audio between the right channel and the left channel.

Then came the shift to stereo. Suddenly we had a far bigger sound field to work with, and audio engineers took advantage. Have you ever shared stereo headphones with someone and listened to one earphone each? You’ll notice that things go missing, a guitar or vocals may be gone. This is because modern mixing uses the stereo field, where some things are mixed into the right channel, some to the left.

Nowadays, more and more setups featuring additional speakers are available. 5.1 and 7.1 are pretty common and you can get these systems in your home relatively simply. There are numerous configurations of speakers, and they can have their own audio mixes provided by engineers in order to create a more immersive experience. For instance, you could have one channel only featuring one sound effect or percussive track, so it will be coming from one direction while other instruments seem to come from others.

Now, immersive audio has added another dimension: height. Sounds can be designed not only to come at you from left or right, but from above and below - and from an infinite number of points. Dolby Atmos is one of the most popular (and growing) immersive audio formats, and it is not limited to any particular speaker setup. An immersive audio album recorded and produced in Dolby Atmos can be played back using up to 34 speakers!

There is little denying that surround sound and immersive audio are advancements largely driven by industries reliant on visuals. Surround sound was not created to sell record players, it was created initially to wow audiences in a cinema auditorium.

As time has gone on and cinema screens have become more advanced, they can include immersive audio as well as the incredible IMAX screens that have surely taken over the movie-going experience.

If you think about some of the effects that can be achieved by using more and more speakers, it is easy to understand why big blockbuster films want to make use of immersive audio mixing. A gun can come from one angle, footsteps can seem to approach from another. By panning the sound between speakers, you can give the illusion of something moving around in the room with you. This is why they call it ‘immersive.’ The sound gives an extra dynamic. Compare a surround sound setup with a mono audio source and you will quickly understand the difference between them, and why this technology is loved by film studios.

The possibilities for gaming and movies continue to drive innovations within audio, but these industries aren’t the only beneficiaries.

360-degree sound opens up a dream world for producers and engineers. Something that only 50 years ago would have been mere science fiction is now very real, thanks to innovative engineers who worked on a way to completely immerse listeners in their sound field.

The immersive audio category of the Grammy Awards has been won by leftfield jazz artists and pop megastars alike, as artists start to understand that they can paint with this new and exciting canvas, while allowing people to digest their stories in the most authentic, realistic way possible.

At the recording stage, different methods can be used to record in surround sound and create an immersive experience. This is already a challenging feat for engineers, but is becoming more and more possible for the masses. With many new immersive audio releases coming out each year, the format is predicted to grow.

It is now quite possible to have immersive audio systems in your home. Given that the benefits for both film and music are indescribable until you put yourself in a place where you can truly experience 360-degrees of incredible audio clarity, this writer would not be surprised if the world sees more and more homes adding these systems for their personal enjoyment.