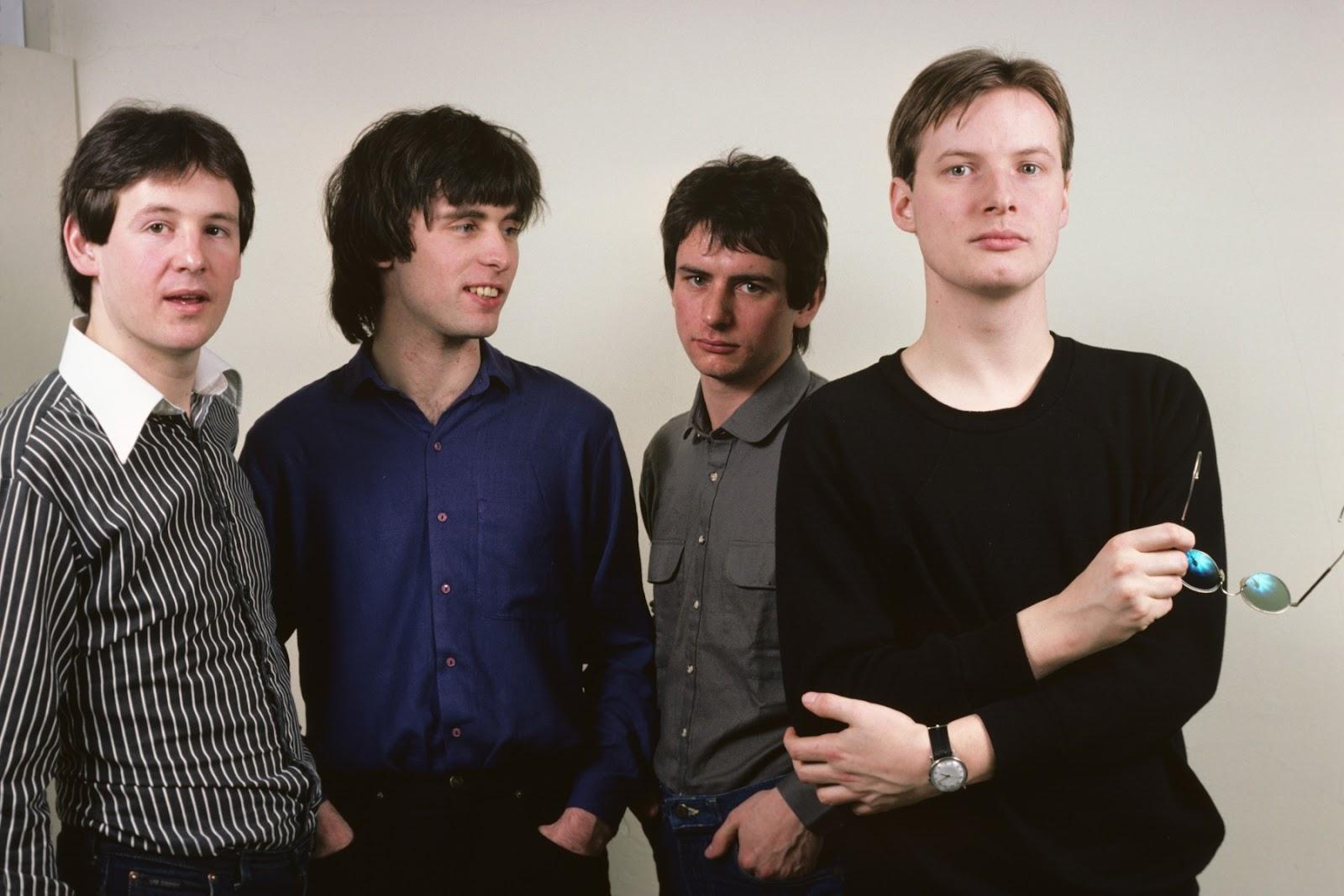 Having grown up in the United States in the early-2000s, XTC was certainly not a band that landed on my radar.
Jonathan Cornell
9 min read

Having grown up in the United States in the early-2000s, XTC was certainly not a band that landed on my radar. That being said, immersive mixing wizard Steven Wilson’s involvement in a new series of CD/Blu-Ray reissues from the band’s label Ape House dubbed “The Surround Sound Series” was enough to pique my interest.

I purchased the 2016 CD/Blu-Ray edition of Skylarking (1986) and was instantly entranced by the atmospheric one-two punch of “Summer’s Cauldron” and “Grass,” leading me to explore the band’s vast back-catalog over the next several years. It’s difficult to pigeon-hole these guys into one specific genre, but they’ve flirted with elements of punk, new wave, progressive rock, and even jazz throughout their three-decade career.

Unfortunately, despite Ape House’s announcement in January 2020 that Apple Venus (1999) would be the next CD/Blu-Ray release, it appears the reissue series has reached a standstill due to the loss of original multitrack assets required to create the new stereo & 5.1 remixes.

We thought it’d be fun to take a look back at the six titles currently available in the series, seeing as they are once again available to purchase at Ape House’s store on Burning Shed after several years of being out-of-print and difficult to obtain. If you’re a fan of immersive music and Steven Wilson’s remixes, it goes without saying that you should seek these out.

Drums & Wires was the band’s third album, originally issued by Virgin Records in August 1979 and second in the reissue series. This is a quirky post-punk record and perhaps not the best starting point for new fans, despite featuring one of the band’s most popular songs in “Making Plans For Nigel.”

Though comparatively sparse in relation to the band’s later output, Steven Wilson makes the most of what’s available in his 5.1 surround mix. Terry Chambers’ drum kit sounds massive spread over all four corner speakers, especially as the drums gradually fade in from rear-to-front at the beginning of “Making Plans For Nigel.” Another fun bit of motion occurs with the hi-hat traveling all the way around the room at the end of “Helicopter.” Previously-hidden elements are constantly brought to the forefront, such as the eerie whispers in the rear channels throughout “Nigel” and “Complicated Game.”

Black Sea, fifth in the reissue series and originally released just one year after Drums & Wires, presents a similar yet somewhat more accessible post-punk style. The band launches into “Respectable Street” with an infectious, frenetic energy that only builds in intensity throughout the album. It’s especially prevalent in songs like “Living Through Another Cuba,” “Paper and Iron (Notes and Coins),” and the chaotic closer “Travels In Nihilon.”

As with Drums & Wires, the performance sounds absolutely huge in the 5.1 remix. Standout moments include the percussion wildly roving around the room throughout “Living Through Another Cuba,” Andy’s one-note guitar solo in “Love At First Sight” panning all the way around the listener’s head, and the metallic percussion blasting from the rear speakers in “Paper and Iron.”

Skylarking is a completely different animal, recorded at Todd Rundgren’s studio in Upstate NY following the band’s retirement from touring in the mid-1980s. This is a far more densely-layered and produced affair than either Drums & Wires or Black Sea, as the band were no longer constrained by having to recreate the arrangements live. Much has been said about the clashes between Rundgren and Andy Partridge during the recording process, but the results speak for themselves. Skylarking is perhaps most notable for the single “Dear God,” which - despite being left off initial pressings - became one of the band’s best known songs.

This album presents a much broader canvas for Steven Wilson to paint on and his 5.1 interpretation doesn’t disappoint. The rear speakers are frequently engaged for the layered backing vocals, string overdubs, rhythm guitars, and percussion. The opening moments of “Summer’s Cauldron” instantly transport the listener to late-80s England on a hot Summer day, while the crunchy electric guitar rhythm guitars in “Earn Enough For Us” sound great coming from behind.

Recorded from June to September 1988 at Ocean Way Studios in Los Angeles, Oranges & Lemons is perhaps the most complex and carefully-crafted LP in the band’s catalog. Andy Partridge mentions in the liner notes of the 2015 reissue that he wanted the opener, “Garden Of Earthly Delights,” to evoke a “…crazy tapestry of camels and elephants and belly dancers and all the Arabian Nights, interwoven - a big ornate Eastern rug come to life." Songs like “Across This Antheap” or “Poor Skeleton Steps Out” are so packed with different elements that they can be disorienting to listen to, especially in the thin, overly-bright aesthetic of the original 1989 CD release.

Over 25 years later, along comes Steven Wilson to finally present this album in the audiophile state it deserves. The 5.1 format finally provides the extra space needed to unpack the dense arrangements of these songs, revealing all kinds of previously-hidden details like the rhythm guitars in “Poor Skeleton Steps Out” or double-tracked trumpet solo in the jazzy “Miniature Sun.”

XTC’s final album for Virgin Records and first in the reissue series, Nonsuch is a bit more relaxed and mature in comparison to the bright and colorful Oranges & Lemons. The use of strings and even some brass throughout recalls the production style of Skylarking. The album generated the moderately-popular single “The Ballad Of Peter Pumpkinhead,” the band’s second number one hit on the modern rock charts after 1989’s "Mayor of Simpleton.”

It feels redundant to say at this point, but Wilson does an excellent job as per usual crafting the surround sound presentation. Standout moments include the dueling electric guitars in the rear speakers at the end “Books Are Burning” (one of my personal favorite XTC songs), the horns blaring from the back in “War Dance,” and the layered backing vocals coming from behind in “The Smartest Monkey.”

Issued in the Fall of 2019, Psurroundabout Ride captures the entire recorded output of XTC’s 1960s psychedelia-infused alter ego, The Dukes of Stratosphear. The Dukes’ debut EP, 25 O’Clock (1985), and its full-length follow-up Psonic Psunspot (1987) actually outsold the ‘official’ XTC releases The Big Express (1984) and Skylarking (1986). Best known for the Beatles pastiche “The Mole In The Ministry,” the Dukes were also influenced by artists such as The Doors, The Byrds, Brian Wilson, and Syd Barrett-era Pink Floyd.

This might be the most impressive of all the 5.1 surround mixes in the series. Steven Wilson has really outdone himself here, having accomplished the yeoman’s task of recreating analog processing effects like varispeed and flanging in the digital domain. This is not a timid surround experience by any means, there’s constant motion in the sound field and very aggressive use of the rear speakers for important musical elements like backing vocals, keyboards, percussion, and even some drums! A particularly fun moment occurs midway through “25 O’Clock” where the arrangement of the surround field essentially flips, placing the rhythm section in the rear speakers and keyboards in the front.