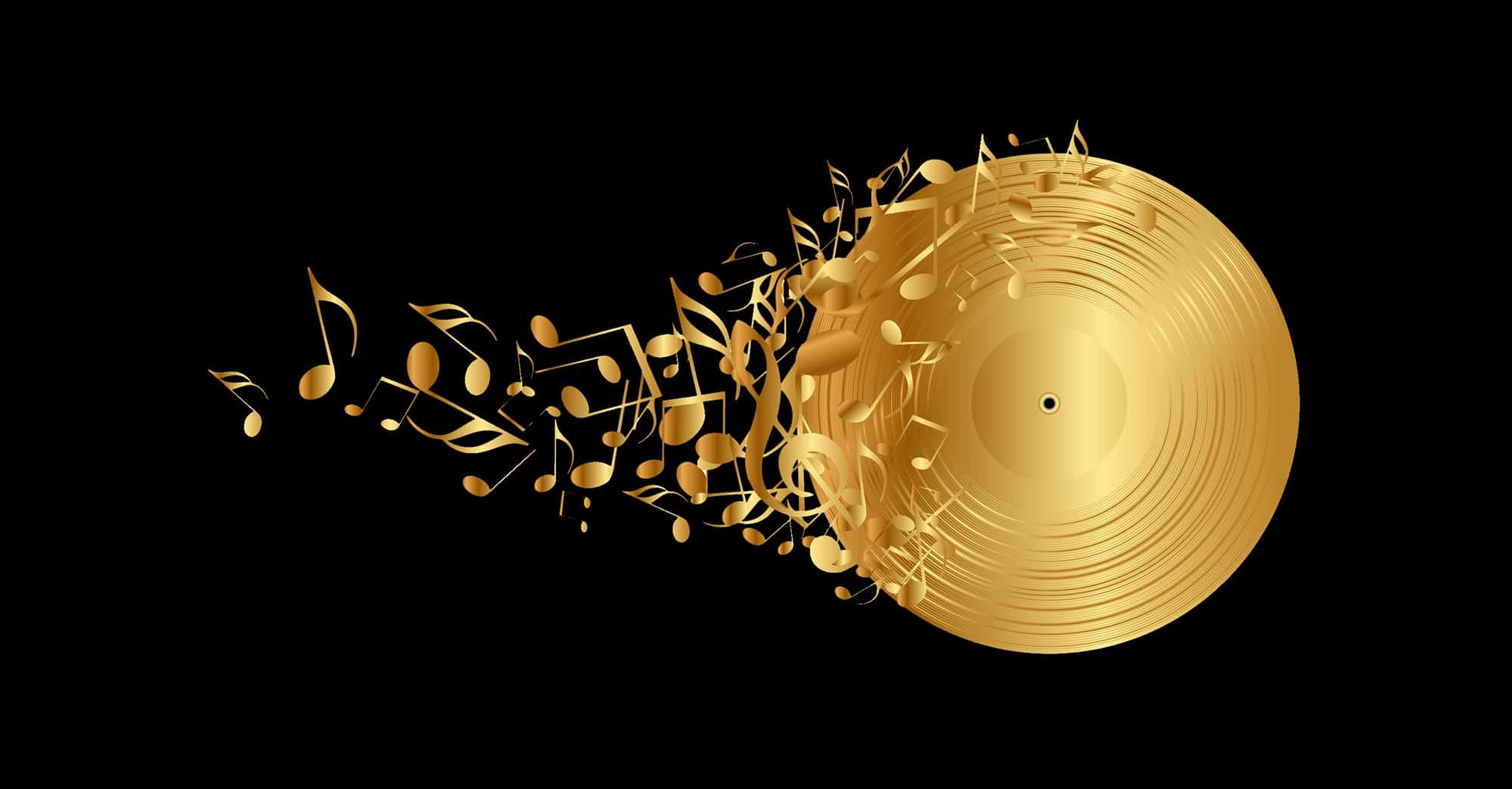 Voting has now closed. Find out who the Best Immersive Audio Album winners are!
The IAA Team
13 min read

UPDATE: Voting for the listeners choice awards is now closed. The winners are listed below.

Mary Fahl - Can't Get It Out Of My Head (Physical/Digital)

Congratulations to the artist and production team behind each album!

On January 20th, the nomination period for IAA’s 2023 Listeners’ Choice Awards concluded! We are proud to announce the ten nominees selected by immersive audio fans: five for the physical/blu-ray category, and five for the streaming category. According to our audience, these ten titles below represent the best immersive listening experiences to be had from 2021-22.

From today through Friday, February 3rd, we'll be accepting votes to determine one winner for each category. The nominees are listed below for your consideration.

Submit your vote for the winners of the 2023 IAA’s Listeners’ Choice Award here!

Ocean To Ocean is Tori Amos’ sixteenth studio album and first immersive release. Mixed in stereo & Dolby Atmos by Adrian Hall, the album is demo material for anyone with an Apple Music or Tidal subscription. Right from the beginning of “Addition Of Light Divided,” vocals swirl around the listening position and distinct percussive elements appear largely-isolated in the height speakers.

Much to the surprise of the audiophile world, immersive mixing wizard Steven Wilson announced on social media in late August 2022 that he’d remixed The Grateful Dead’s classic 1970 album American Beauty in Dolby Atmos.

Unsurprisingly, Wilson’s Atmos mix is absolutely incredible. What he’s achieved is simply remarkable, especially for an album of this vintage. Nearly every instrument is assigned to its own speaker for an ultra-wide immersive presentation, yet the massive soundstage still gels and retains the feel of the original stereo mix.

After years of waiting for more of Sir Elton’s music in surround sound, following the acclaimed 5.1 SACD releases of several key ‘70s albums, fans were finally treated to the massive Diamonds compilation newly-remixed by mix engineer Greg Penny in Dolby Atmos. Diamonds includes a number of hit singles previously unavailable in immersive audio, such as “Crocodile Rock” from Don’t Shoot Me, I’m Only The Piano Player (1972) and “Sorry Seems To Be The Hardest Word” from Blues Moves (1976).

In September 2022, Filipetti told us the following about the project:

“...I just did three George Michael albums in Atmos & 360RA and his vocals are all over the place. Sometimes it's in the center, other times left and right with some center divergence. I’ll even move it out into the room on occasion, depending on the mix. I love having the ability to play around like that.”

Read the rest of IAA's interview with Filipetti here!

Bjork is no stranger to immersive audio - seven of her prior albums were remixed in 5.1 and released in the 2006 Surrounded box set - but Fossora, her tenth studio album, is the first to receive a Dolby Atmos mix. The album was recorded in Iceland during the COVID-19 pandemic and centers around the themes of isolation, loss, and grief.

Perhaps best known for a string of hits in the mid-1970s, such as “Angela” (used as the theme to the television series Taxi Driver), "Westchester Lady,” "Tappan Zee,” and “Nautilus” (often cited as one of the most-sampled songs of all time), jazz pianist Bob James celebrates his 81st birthday with this fantastic new live-in-the-studio release.

The 5.1 surround mix is surprisingly effective, considering there are only three instruments (electric piano, upright bass, and drums) in play for the majority of the album. Bob James’ Rhodes piano is mixed in stereo across the left side of the room, while Billy Kilson’s drum kit spans the right side of the room. Michael Palazzolo’s bass is mostly isolated in the center speaker, though some dry signal does spill over into the front channels.

Purchase Feel Like Making LIVE! in the IAA Shop!

Unlike her previous 18 albums, Lori Lieberman’s newest recording Truly represents a departure for the singer-songwriter. Here, she comes forward as an interpreter of compositions from the American Songbook, choosing to record some of her favorite music from Bobby Short, Frank Sinatra, Ella Fitzgerald, and Doris Day.

Recorded live at Apogee Studios, Truly was engineered by the legendary Bob Clearmountain and Brandon Duncan, mixed in Dolby Atmos by Clearmountain, and mastered by multi-Grammy Award recipient Darcy Proper.

Purchase Truly in the IAA Shop!

Perhaps best known for her tenure as lead singer of the band October Project in the late 1990s, American singer/songwriter Mary Fahl quickly became a well-known figure in the immersive music community following the re-release of her From The Dark Side Of The Moon (2006) album on Blu-Ray in March 2020. Over two years later, Fahl and Dark Side-collaborator Mark Doyle have re-emerged with an eclectic covers album once again available in 5.1 surround.

Overall, the 5.1 surround mixes are excellent. Listeners should expect little in the way of swirling and other motion-related trickery, but they do provide a nice ‘enveloping’ feel with much of the orchestration and harmonies coming from behind. What really sets the 5.1 experience apart from the already excellent stereo mix is the isolation of Fahl’s vocals to the center speaker; it really feels like she’s right there in the room during some of the sparser passages.

Purchase Can’t Get It Out Of My Head in the IAA Shop!

The Tipping Point is Tears For Fears’ first studio album since Everybody Loves A Happy Ending (2004) and the third to receive a surround sound release, following the 30th anniversary remixed re-releases of Songs From The Big Chair (1985) and The Seeds Of Love (1989).

Initially intended only for spatial audio release on streaming platforms, Paul Sinclair of SuperDeluxeEdition.com was able to convince Concord Records to release the immersive mixes on a limited-run Blu-Ray disc. The DTS-HD 5.1 mix is a complete deconstruction of the album, with every last detail of the dense production exposed in the expanded soundfield. All the various processed or double-tracked vocal layers have been separated into different speakers while the lead stays focused in the center channel, stripped of all effects.

In July 2022, Steven Wilson told us the following about the project:

“Since it was a new record, I felt I had license to do things a bit differently. There was a track called “End Of Night” that I felt was too cluttered. So I took a few things out, and Roland [Orzabal] agreed that the original mix was a bit congested. I figured if he felt that way, then I’m going to be a bit more revisionist. I replaced some of the reverbs with spring reverbs, to try and get the track a bit more organic-sounding. I was definitely more bold with that project, in a way I wouldn’t have been if this was a song that's been out there for years already.”

Read the rest of IAA's interview with Wilson here!

Porcupine Tree had been inactive since concluding their world tour for The Incident (2009) in 2010, and frontman Steven Wilson’s public comments in the ensuing few years seemed to indicate a permanent hiatus – until early 2021, that is, when he commented that the band may reform when fans least expect it. True to his word, Closure/Continuation was announced in October 2021 with minimal advance publicity.

Both the 5.1 & Dolby Atmos mixes are up to Wilson’s usual extremely high standard, with the additional speakers used for distinct instrumentation rather than merely delays and reverberation. The Dolby Atmos mix is an incredible listening experience, with the various guitar, synth, vocal, and percussion layers occupying all angles of a three-dimensional dome of sound.

Submit your vote for the winners of the 2023 IAA’s Listeners’ Choice Award here!