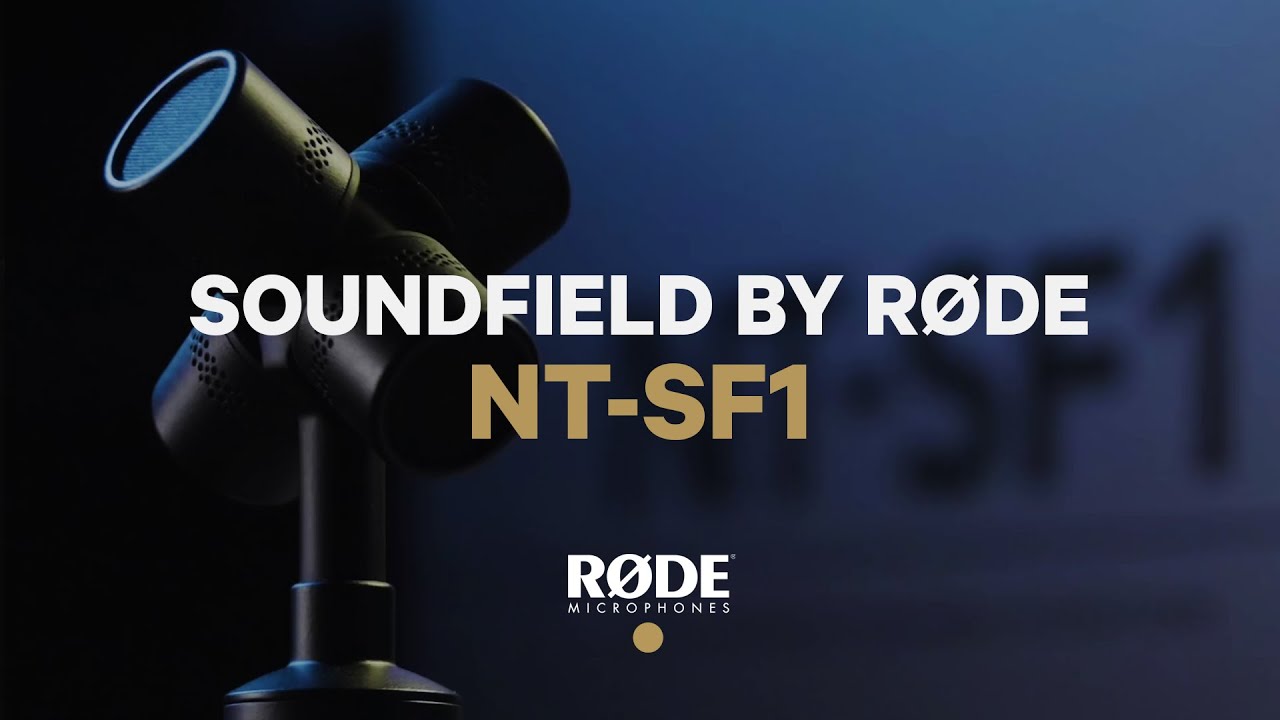 Now that immersive audio is becoming more prevalent in the entertainment industry, there is a growing need for specialized microphones with the ability to capture these wider sound fields. As many audio engineers are no doubt aware, it’s possible to create the illusion of 3D sound using multiple microphones. However, Rode’s new NT-FS1 microphone offers an all-in-one solution through use of the ambisonic recording technique. Precision manufactured from solid brass, the NT-SF1 uses four TF-45C ½” true condenser cardioid microphone capsules arranged in a tetrahedral array to record the entire spherical sound field.

This microphone is bound to have sound designers, foley artists, and even musicians excited at the prospect of being able to easily capture an immersive space. The demand for soundscapes and sound effects to go along with VR and immersive audio is exploding, and Rode is no doubt looking to capitalize on this with a simple solution.

Originally developed by Michael Gerzon in the late 1970s, ambisonics is a spherical surround sound format and a means of representing an entire 3D space. Unlike conventional stereo and channel-based surround sound formats like quadraphonic or 5.1, ambisonics captures the full directivity information for every soundwave that hits the microphone. Crucially, this also includes height information, as well as the full 360-degree space around the microphone.

Most importantly, ambisonic recordings can be easily mapped to any speaker array – from stereo to multi-channel 3D surround formats to head-tracked binaural. Once captured, the signal can be manipulated in post-production to create any 360-degree surround soundscape you desire.

Though the NT-FS1 can record up to 7.1.4 channels in A-format ambisonics (across four tracks), it still performs exceptionally well when capturing simple mono or stereo recordings. The microphone is incredibly sensitive, picking up every bit of environmental noise in a field recording from the birds flying overhead to the crackle of leaves underfoot.

As one would expect from this brand, the build quality is excellent. Each TF-45C capsule is created in house at Rode's Sydney headquarters, machined to tolerances of less than one micron. That said, the included XLR breakout cable does seem rather flimsy and may degrade over time. The NT-FS1 also comes packaged with a number of useful accessories, including a rubberized shock mount and blimp-style windsock.

One of the most impressive features of the NT-FS1 is its ability to integrate with Rode’s “Soundfield” software plugin. This gives the user an unprecedented amount of control and functionality, including the ability to switch between different surround and ambisonic recording configurations on-the-fly.

Though the asking price of $999 may seem high, it’s actually cheaper than close competitors such as the Sennheiser Ambeo VR ($1199) and Zylia ZM-1 ($1399). In conclusion, the Rode NT-FS1 is an excellent choice for foley artists, sound designers, and even musicians looking to capture all the detail of a space in an immersive format.