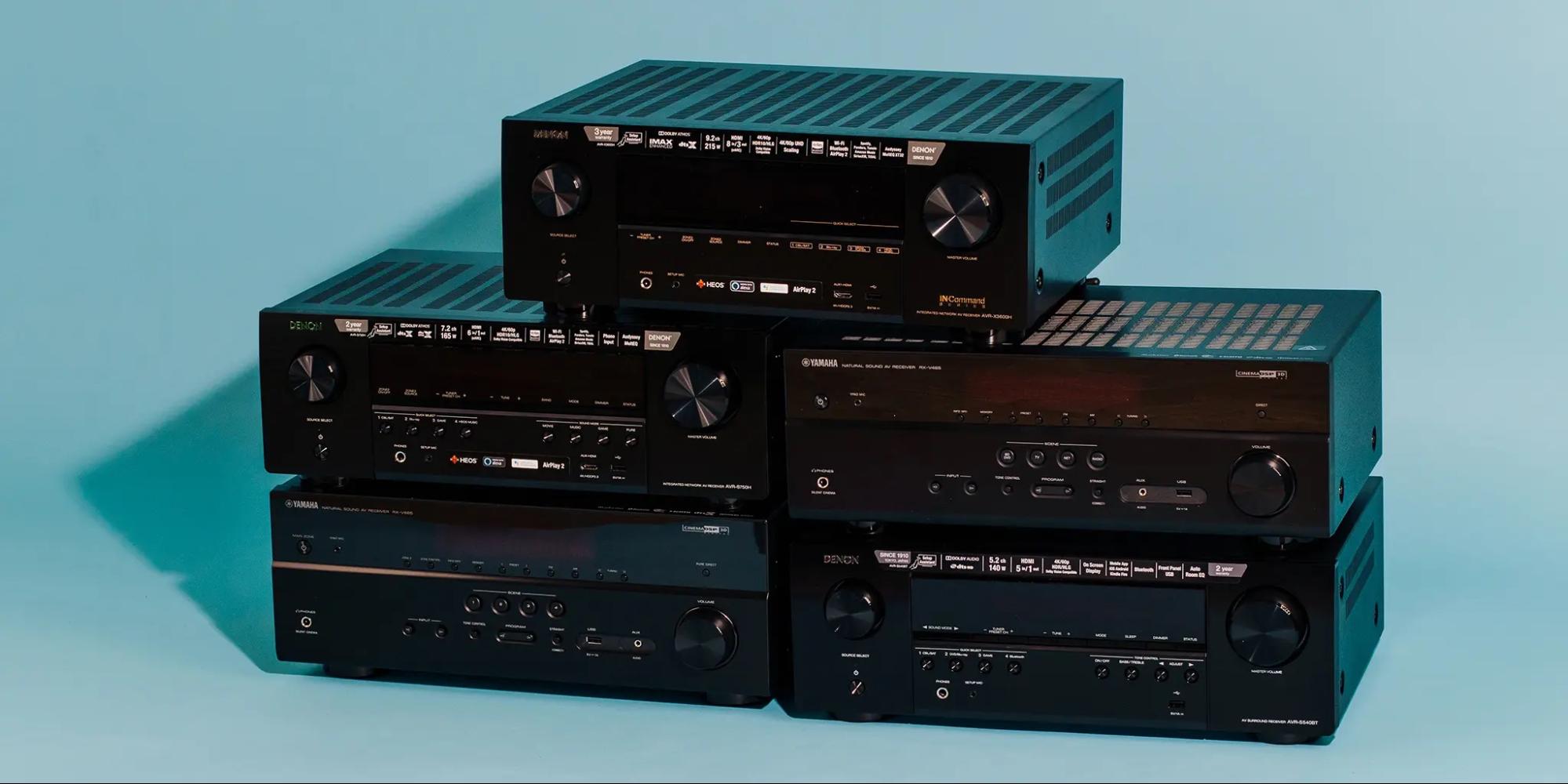 With Denon having just announced a new line of AVR models for next year equipped with exciting new features, home theater enthusiasts may be in the market for an upgrade.
Ben Jacklin
4 min read

With the introduction of new audio formats such as Dolby Atmos and Sony 360 Reality Audio, manufacturers are constantly having to adapt and release new models with updated features. Denon has just recently announced its new range of AVR models, which will become available to purchase early next year.

Though the Denon brand undeniably ranks highly in the world of home theater equipment, don’t rush your decision: there are a variety of brands operating at many price points. Below, I’ve outlined three strong choices for any enthusiast looking to make an upgrade in the new year.

The Denon AVR-X4700H is an incredibly well reviewed and widely respected AV receiver currently on the market. Its successor, the AVR-X4800H, will be released in 2023.

Advanced Audyssey calibration used on the predecessor was incredibly good at tailoring the sounds to your listening room, and the receiver provided an amazing experience for both audio and audio/visual purposes, handling transients seamlessly and providing a clear and crisp response across all frequencies.

Immersive capabilities include support for Dolby Atmos, DTS:X, IMAX Enhanced, and Auro-3D. This model will also have Dirac Live upgradability in a future software update, for perfect room tuning.

With this upgrade, the same 9.4 (5.1.4 or 7.1.2) channel setup and 125 watts per channel of power are on offer along with 8K support. Presumably, the HDMI 2.1 bugs from the previous model will have been solved too.

This Marantz unit’s build quality and sleek design is nothing to sneeze at. The NR1711 is a great example of how a compact AVR can still be the driving force behind an immersive system, and the cost remains sensible.

7.2 channels of 50 watt amplification provides more than enough for any home setup. There are six different HDMI inputs, but only one supports 8K at 60Hz. One HDMI output may also be limiting depending on what you need from the system.

The NR1711 has a number of other nifty features including AirPlay 2 support and HEOS Multiroom app compatibility. If you have a limited speaker setup, Dolby Atmos Height Virtualization features can be used for a 3D approximation.

Marantz’s SR6015 is another option for those who want a step up in quality as well as extra HDMI outputs.

As part of Denon’s top-of-the-line A-Series, the A1H is professional, powerful, and pricey for the average user.

The amp packs an unprecedented 15 channels (150 watts per channel) of onboard amplification, allowing for up to 9.1.6 channels of immersive audio.

On top of that, it has modern compatibility with both HEOS multiroom, and the likes of Apple AirPlay 2, TuneIn, Spotify Connect, Pandora, SiriusXM, and of course the retro technology that is Bluetooth.

Full 8K passthrough extends to dynamic HDR and HLG picture, so HDMI 2.1 is handled with ease. The wide choice of connections even includes XLR connectors for subwoofers, providing a more powerful and reliable option to drive the low end. The A-Series is aimed at the professional end of the market, and combines the rugged and reliable design with some modern functions to allow users to get the most out of the AV receiver.

About the Author
Ben is a writer and musician from the UK with a background in music technology. He writes about engineering and production, musicianship and music equipment for a number of publications including his site, Subreel.
Related Articles
Tech Reviews
The Top Immersive Gear Picks For 2022
How To
Multi-Channel Playback On Linux
Interviews
Q&A with Mark Doyle: From The Dark Side of The Moon
Blog
DTS:X - Another Exciting Audio Advancement
Related Products
Night Swimming - Richard Houghten (Atmos MKV & MP4)
From $2.29
Catch A Corner - Cinque (Atmos MKV & MP4)
From $24.99
Christmas Isn't Presents (The Best Gift Of All) - Doug James (5.1 FLAC, Atmos MKV & MP4, 3D Binaural WAV)
From $2.29
Picturing The Invisible: Focus I - Jane Ira Bloom (Dolby Atmos & Auro-3D MKV)
From $24.99
IAA Sonic Brand & Dolby Atmos Channel Test
Our cutting edge sound collage and downloadable channel test for Dolby Atmos and 5.1 surround sound.