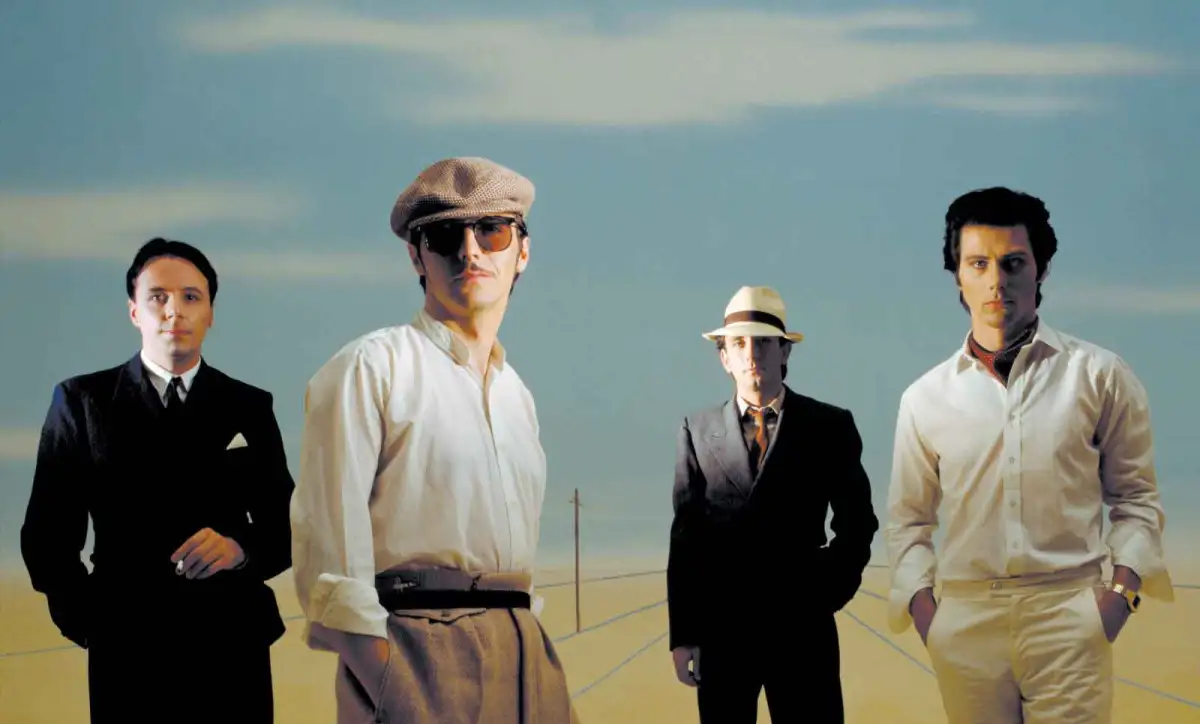 As you may recall from my enthusiastic June 2021 review, Ultravox’s Vienna was easily my favorite reissue of 2020 (edging out Tears For Fears’ The Seeds Of Love) and has since become one of my favorite 5.1 remixes ever – a crown jewel atop Steven Wilson’s frankly ridiculous resume of surround highlights that continues to grow with every successive year.

Nearly two years later, the 5CD/DVD deluxe reissue of Rage In Eden (1981) has finally arrived. Once again produced by German engineering wizard Konrad “Conny” Plank, Rage was Ultravox’s fifth studio album and the second to feature Midge Ure’s vocals. Though Vienna remains my favorite Ultravox album, Rage is a close second. “We Stand Alone,” "I Remember (Death in the Afternoon)," and especially “The Thin Wall” would certainly make my personal ‘best of’ playlist.

Wilson’s new stereo mix provides a compelling alternate view of the album, replete with some interesting surprises for longtime fans. “Stranger Within” has been extended from 7:28 up to its original 9:56 runtime (Wilson posits the edit was made to accommodate the length of an LP side) and “The Thin Wall” takes on a different balance, with a previously buried rhythm guitar part brought to the fore during the coda.

To my ears, the biggest difference between the two mixes would have to be the overall tonality. Conny Plank’s 1981 stereo mix was quite dark sounding, with a lot of the high frequency content in the drums and guitars filtered out for a ‘warmer’ aesthetic. Wilson’s remix restores those recessed highs and upper-mids, giving the album a more aggressive and immediate tone. Midge Ure’s choppy rhythm guitar work is one of my favorite aspects of the album, and it really drives this new mix.

Some longtime fans may argue that the original’s moody atmosphere has been diminished in favor of clarity, but I’m willing to accept that tradeoff. That said, I haven’t had decades to familiarize myself with this material.

If this stereo remix doesn’t work for you, rest assured that the 1981 mix is presented alongside it on the DVD as a 96-khz/24-bit flat transfer from the original master tape. I think it’s a considerable improvement over the 2008 remaster, which is the only other version of the album carried by the streaming services.

Unfortunately, the remix omits hit songs “The Voice” and “I Remember (Death In The Afternoon)” due to the loss of the multitrack tapes. Back in July, Steven Wilson offered us one possible explanation the missing tapes:

For the 5.1 surround mix, both tracks have been replaced with Penteo upmixes from the original stereo masters. Wilson has used this software on several prior occasions in the absence of multitrack assets, perhaps most notably with the song “Broken” on Tears For Fears’ Songs From The Big Chair.

I couldn’t be happier to report that this 5.1 remix is every bit as engaging as Vienna’s, with pronounced front-to-back channel separation and extensive use of the rear speakers for isolated guitars, synthesizers, and backing vocals. Even the upmixes of “The Voice'' and “I Remember…” fill the room nicely – the other edges of the stereo image appear pushed out towards the rear speakers while the centered lead vocal and rhythm section stay upfront, but they retain the dark tonal profile of the original mix.

The 5.1 mix truly begins with “We Stand Alone,” and it’s as if a veil has been lifted from what came prior. Midge Ure’s vocals are placed almost solely in the center speaker, while synthesizers appear from behind and the rhythm guitars hop speakers on the fade.

Another great moment occurs at the end of “Rage Of Eden,” when the entire track collapses into a telephone-EQ'd mono directly behind the listener’s head. The sparse closing track, “Your Name (Has Slipped My Mind Again),” is made even more haunting in surround, with the cavernous drum echo filling the whole room and the backing vocals in the rear speakers.

I was particularly curious to see how “The Thin Wall” and “Stranger Within” would unfold in the surround mix and the results don’t disappoint. The big synth burst at around two minutes into the former comes blasting from directly behind, just as I’d hoped. Wilson makes perfect use of motion in the sound field throughout “Stranger Within,” with guitars, synths, and even Ure’s vocals wildly roving around the room in a way that isn’t gimmicky at all.

The 1980 St. Albans live CD proved to be an unexpected highlight of the Vienna set for me – it’s among the best-sounding vintage live recordings I’ve heard in recent years – so I was definitely looking forward to the 1981 Hammersmith Odeon set included here on CDs 4 & 5. While the performance itself is great, the sound quality definitely isn’t as good as St. Albans. Midge Ure’s vocals sound quite sibilant much of the time, to the point where I’m surprised they weren’t able to clean this up more with de-essing software.

This is easily one of the best box sets I’ve purchased this year. I suppose it would have been nice to get a Blu-Ray disc with the album mixed in Dolby Atmos as well as 5.1, but I think the remix was done prior to Wilson upgrading his studio for Atmos monitoring. If you enjoy this music, don’t hesitate to pick it up!