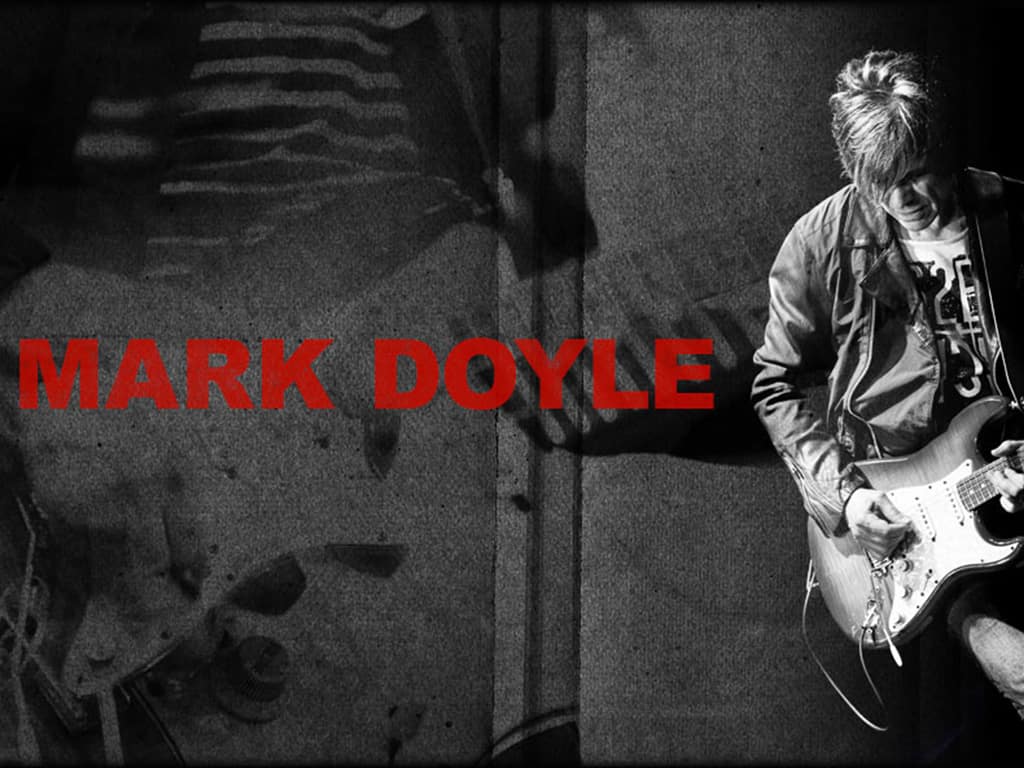 Q&A with Mark Doyle: From The Dark Side of The Moon

We recently connected with Mark Doyle, guitarist and co-producer of Mary Fahl’s From The Dark Side of The Moon.
The IAA Team
6 min read

We recently connected with Mark Doyle, guitarist and co-producer of Mary Fahl’s From The Dark Side of The Moon, to find out more about the creation of this iconic album.  Here he discusses how he and Mary Fahl brought it to life, his love for the original Dark Side of The Moon, memories of working with David Werner and Bob Clearmountain, and what surround sound system he has at home.

Congrats on the new 5.1 release of From The Dark Side of The Moon, we know it’s been a long labor of love to get it out since first being mixed in 2005.

Tell us a bit about what first drew you to the Pink Floyd classic, and why you decided to create your own take.

The original album has always held a special place in my heart. Its big themes - war, aging, death, time, mental illness - its brilliant engineering and production. It has stood the test of time as one of the greatest albums in recorded history. It was also one of the first 5.1 albums I bought when it was released.

It was David Werner and his manager Steven Saporta who first hatched the evil plot of doing a reinterpretation of a classic album. I think Steven presented the idea to David and then David suggested DSOTM.

The story behind the album’s resurrection is pretty awe-inspiring. What was it like when you first found out the masters were lost in a fire? And how does it feel now that you were able to revive the album after all these years?

For me, I had the only DVD-A ref of the mastering Michael Fossenkemper and I did of Bob Clearmountain's 5.1 Mix in 2006. The ref disc, however, was 24 bit / 48k, probably because of the limitations of whatever software was around then. When our late comrade Rik Pepe found out I was in possession of it, he basically kept badgering me until he wore me down enough to send him an ISO file of it. When he heard it, he was beside himself and declared it “the Hope Diamond of Surround mixes.” He really worked on Mary and her husband Rich to release it.

When Mary was here to work on the new album we are doing, I set the scene, sat her down in my living room, gave her a glass of wine and played the DVD-A for her. That did the trick, haha, and I got the go-ahead to proceed.

But when I contacted Michael to dig up the original mastering files that’s when we both discovered that they were lost forever.  Luckily I was in possession of the hard drives from Mix This! that had the original hi-res stereo and 5.1 mixes on them, and I also had David and my original mastering notes. So the only choice was to travel to NYC in January and do the whole thing over again. It was well worth doing, as we were able to take advantage of the improvements in technology from even 15 years ago (plus there had never been a hi-res stereo master.)

What surround sound system do you have for playing music at home?

I have two. My living room set-up is full range, 5 matched Monitor Audio speakers and a Yamaha powered sub through a Yamaha receiver, and a Denon Universal Player.

In my den I have a home theater system, a Bose Acoustimass 15 through a Pioneer Elite receiver, and an Oppo 103D Universal Player.

In what ways is the 5.1 surround mix different from the stereo version? What do you like about this new mix?

The recording and production is very dense and layered, so it really benefits from having it spread out into different speakers. Since Bob did the 5.1 mixes directly after the stereo, he was very in tune with what elements could effectively be “unglued” and separated without lessening the impact of the arrangement. And in a lot of cases things that were mixed back and somewhat buried in order to create room and space in the stereo could now be highlighted, which is why people familiar with the stereo often say “wow, I never heard that crazy thing before.”

Recording an album always sounds like a lot of fun, especially when you’re working with a team like Mark Doyle, David Werner, and Bob Clearmountain. Do you have any memorable moments or a fun story to share from the production process?

Lots of them. The attention to minutiae was brutal. David and I would always start the day in my kitchen with a strong pot of coffee and a head full of lofty concepts about our approach to the song at hand. Since I did almost all of the engineering and all of the playing, the thought of spending 3 days to come up with the background wash on Breathe before I could play a note of music made me want to strangle David! But that’s what we needed to do before the song could take form.

I remember a great moment at Bob's when he was mixing “Time” and it was finally starting to come together, and David marched in and said, “Who the fuck do you think you are, BOB CLEARMOUNTAIN????”

The world right now is facing unprecedented challenges, including for people in the music industry as well as for fans. How do you view the impact of the pandemic on the future of the industry?

It’s early for predictions, but I think it will cause a profound change on the concert industry and the whole live experience. First of all, we need to immediately solve the bandwidth problems of live video streaming because there’s going to be a lot of streamed concerts happening. And for the last decade it’s been all about the live experience, with recordings almost serving as a promotional tool. We might see that being flip-flopped.

What are your thoughts on immersive audio? Do you think you’ll produce another album in 5.1 surround or other formats?

I’m a surround freak and have been since it came out. I own hundreds of SACDs, DVD-A's and BluRay Audio discs. I’ve personally produced 3 other Surround projects but haven’t in awhile because a lot of studios no longer have Surround set-ups. It’s all budget-driven. But I do know that Surround takes me to a place that I don’t get to in normal listening. I would always be up for doing a surround project.

If you were to re-interpret another classic album as your next project, which album would it be and why?

There aren’t a lot of Dark Sides out there, but I’ve always wanted to do A Salty Dog by Procol Harum. It has the majesty and concept.

Last question: what is one message you would like to impart to listeners of your album?

Readers can download From The Dark Side of The Moon in hi-res FLAC format here.