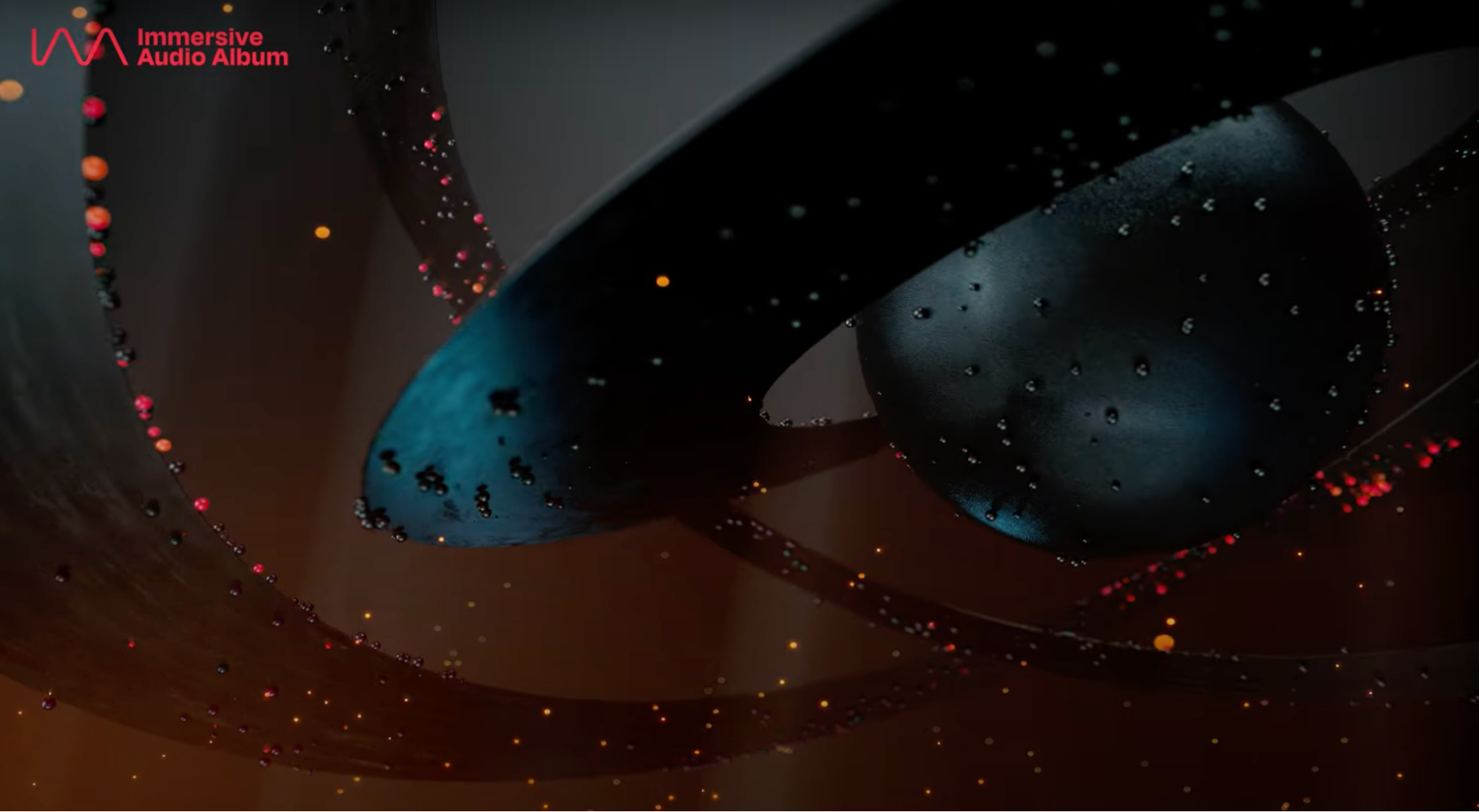 Gabriel is a 25-year-old producer/mixer with one of the first Dolby Atmos-equipped music studios in Sweden. As a mixer, he’s had the opportunity to work with a broad spectrum of musical artists such as Smith & Thell, NOTD, Paula Jivén and Veronica Maggio. He also worked on the soon to be released FOX musical series Monarch (2022), as well as Netflix's musical The Prom (2020). Additionally, he has produced music and sound design for H&M, IKEA, and CHIMI among others.

In his debut album, “Adventures of,” Lundh (under the stage name Pollnow) aims to create a rich sonic narrative that puts the listener in the center of the experience, something that has become even more possible with the use of Dolby Atmos immersive technology. Consisting of nine tracks in multiple formats, including Atmos MP4 and 5.1 FLAC, the experimental album is an impressive display of what Dolby Atmos can offer.

Thanks to our partnership and Lundh’s creativity, we’re excited to bring to life the world’s first downloadable Dolby Atmos and 5.1 surround sound demonstration and channel identification test.

The demonstration portion consists of a sound collage that takes the listener through a metamorphosis of their senses, all through the use of expressive sound. What better way to experience the power of immersive audio than with a compilation of visceral, natural sounds that reflect the world around us?

The fantastic visuals played alongside the audio throughout the collage section were created by kiss my fps studio, who had the following to say:

Working closely with the IAA team, we developed a short film that embodied their mission in multi-dimensional undulating shapes. The core of the concept is the visualization of a propagating wave. We have literally illustrated the nature of vibrational processes in the air, under water, at the macro- and planetary level. In this way, we help the viewer understand how rich in detail and in-depth the IAA channel configuration test is.

The channel identification test in the clip then takes listeners through individualized sounds described by where they’re located - making it easy to test the playback of Dolby Atmos and 5.1 surround sound through one’s speaker system.

Read on to learn more about Gabriel, his creative process, and what types of production techniques he utilized in crafting the sonic brand and channel identification test.

Were the audio clips used in the sonic brand sourced from something of personal significance or are they random library selections?

Most of the production is based on synthesizers. A lot comes from my Moog and a few software synths. I use a lot of the organic-sounding Felt Instruments plugins, which makes it sound very “recorded” and real.

The sound design elements come from libraries that I own and some from the Soundly library. All the sounds are specifically made or compiled for the sonic brand!

What was the Swedish word you used at the end and what does that translate to?

The word was Hejdå! It means goodbye in Swedish.

What tools (hardware or software) did you use to create it?

I started the outline of the production in Logic, where I did all of the recordings and the Midi work. Then I exported everything to Pro Tools to do the Sound design and turn it into the world of Atmos!

Were there any surprising challenges and/or solutions?

The hardest thing was to try and make this a music-based piece, but still with the filmic elements of the sonic trailers we are used to hearing in cinemas. I wanted it to be music that showcases the possibilities of Atmos, but not a song. I basically did the start and the ending in two pieces - and then wrapped them together using the underwater part, which fits Atmos so well!

Other than that, it was just great fun and an honor to do for IAA!

Download the sonic brand for free, and test your system for Dolby Atmos and 5.1 surround sound playback!