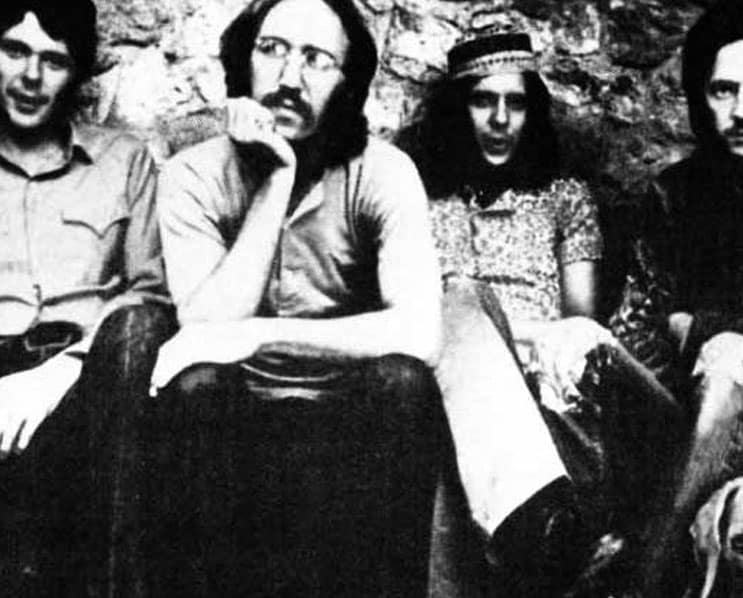 Layla and Other Assorted Love Songs was Eric Clapton’s departure from supergroups to a band with whom he felt he could take a simpler approach to songwriting.
Ben Jacklin
3 min read

Rarely has an album come about in such an unusual way. Layla and Other Assorted Love Songs was Eric Clapton’s departure from supergroups to a band with whom he felt he could take a more free-and-easy approach to song-writing. Derek And The Dominos were far from a side project, and as well as featuring a talented troupe of musicians who don’t miss a beat, it is a feat of engineering from Elliot Scheiner, Bob Ludwig, and Bill Levenson, who worked on bringing this album to a new audience with a rethought mix in 2011. It would win the Grammy for Best Immersive Audio Album in 2012, and deservedly so for an album that spanned over an hour with such incredible detail and flawless musicianship, backed up by a delight of an aural canvas.

The album opens with “I Looked Away,” a track which sounds like it could have come from a late Beatles demo. It hits and hooks straight away, and the slide guitar and whirling organs carry the song to a conclusion and into the next track, “Bell Bottom Blues,” which was the first single to be released from the album. This track is a change of pace, with a bluesy feel and a catchy Clapton chorus that makes it prime parade material.

“Keep On Growing” continues the immensely strong start to this LP, and is more reminiscent of some of the work Clapton did with his band Cream. Distorted guitars and blues solos toe the line between rock-out driving tunes and pop perfection.

“Nobody Knows You When You're Down And Out” takes you straight to 1 AM at a whiskey bar, a sad scene from a film and a moody take on the track originally written and released in 1923 by Jimmy Cox. Organs and slide guitar surround us once more, mixed to perfection with the choral backing vocals in a wide stereo space. This is one of the most drastic examples of how 1970 material can sound so much more immersive.

Echoes of Neil Young can be heard in “I Am Yours,” driving Led Zeppelin riffs can be heard in “Anyday,” and Clapton and co’s penchant for the blues well and truly takes over in the third quarter of this tour-de-force. The album seems to take a little something from all of the icons of the time, and leaves its own bluesy mark in turn. Love songs with attitude keep this album flowing, and the 12-bar blues make multiple appearances. Mixed with distorted solos, sometimes minutes-long, this is an album where you can get lost in the groove.

As the album seems to follow pattern near its end, a guitar riff grabs you from nowhere and won’t let go. It’s “Layla.” One of a few pieces of music to penetrate the industry and inspire generations of rockers with such fervor. Iconic and known the world over, it is fair to say that the track (which is mentioned in the title of the album) has perhaps overshadowed the engineering achievement and exceptional songwriting which precedes it in this album. Naturally, Derek And The Dominos indulge us with the seven-minute version, including a full-jam session at the end.

The album concludes with “Thorn Tree In The Garden,” Bobby Whitlock’s chance to finish and take over vocal and guitar responsibilities. This is no token Ringo effort on a Beatles album, as Whitlock’s guitar lullaby and heartfelt lyrics conclude what’s already a stunning album with a fitting downtempo breather.