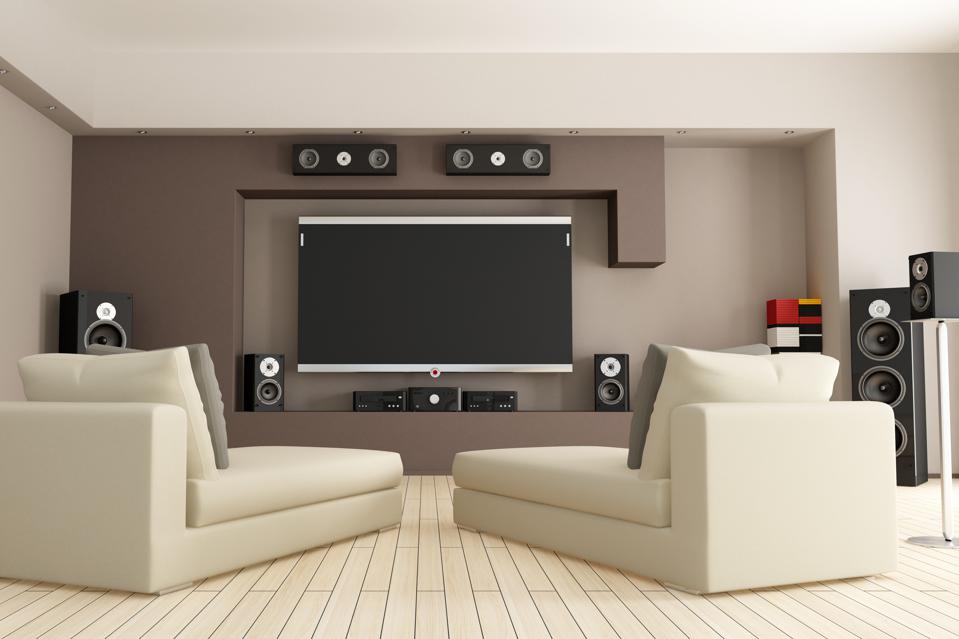 How To Get Started With Surround Music

Surround sound is something you may associate with the cinema more than anything. Dolby has been one of the frontrunners in creating this kind of technology and implementing it in cinemas, and when you visit an IMAX screen there is every chance that you will hear in full 3D with a Dolby sound setup (though there are plenty of other brands creating immersive sound systems).

This sound system is how you will hear the chop of a helicopter’s propeller, moving from left to right or right to left as it would on the screen, or even moving from the front of the room to the back. It gives the sound designers of a film such a huge canvas of sound to work with and creates a more immersive experience.

Why Opt For Surround Sound Music?

We’ve explained the cinematic and visual benefits, but you might be wondering – at least when it comes to music – what’s the point?

There was a time when people were satisfied with monophonic music, but stereo quickly became the dominant format. The ability to pan sounds across a two speaker soundfield offered a more realistic sense of depth and immersion for the listener. With 3D sound today, there are even more ways to immerse the listener.

By using object-based immersive mixing technologies such as Dolby Atmos and DTS:X, musicians and producers can place individual sounds anywhere within a three-dimensional space. For complex multitrack records both modern and vintage, this allows listeners to hear more detail in specific instruments and voices. On top of this, it can be used as a creative effect for a more interesting and impactful sound.

It might seem hard to believe – especially in audiophile circles –but soundbars actually can deliver an effective approximation of multichannel audio. This is done using a number of clever technologies including upfiring speakers. There are dozens of soundbar models on the market today, many of which support the Dolby Atmos and DTS:X object-based codecs.

Some more expensive soundbar models come paired with rear satellite speakers to create a wider, three-dimensional soundstage. The Samsung Q950A is a great example of this. It’s easy to set up for beginners, but offers a more effective translation of the 3D sound.

A 5.1 system is an exponential upgrade over a soundbar, provided you have the space to accommodate the speakers. There are usually three speakers at the front of the room (left, center, and right) and two more at the back to supplement the immersive sound. The “.1” refers to a single subwoofer for extended low-frequency response. 5.1 systems come in all shapes and sizes: you can use small bookshelf speakers with the subwoofer providing bass management, or go an alternate route and use large full-range monitors all around with no sub.

A Dolby Atmos home theatre can support anywhere from six (5.1) to sixteen (9.1.4) speakers. The most common layout appears to be 7.1.4, which refers to two speakers upfront, two at the side, two in the rear, and four in the ceiling. This may sound daunting to install – especially when it comes to mounting the height speakers – but the risk is well worth the reward. Of course, there are cost-effective solutions such as upfiring or wall-mounted height speakers like Polk Audio’s XT90 or Sony’s SS-CSE.

Where to Find Surround Sound Music

Of course, you are going to need the music to play through your system.

5.1 surround and Dolby Atmos albums continue to be released sporadically on disc formats like DVD, Super Audio CD, and Blu-Ray, some as part of elaborate deluxe reissues (recent examples include The Beatles’ Let It Be, The Band’s Cahoots, and Kiss’ Destroyer) and others as part of more inexpensive CD/Blu-Ray sets (The Pineapple’s Give It Back, Mary Fahl’s Can’t Get It Out Of My Head, etc). That said, many of the best 5.1 discs are long out-of-print and difficult to obtain on the used market.

Immersive Audio Album’s online shop offers high-resolution surround music in the form of downloadable files rather than discs. 5.1 FLAC and Dolby Atmos MKV files are relatively easy to play back off a USB stick or larger external hard drive connected to a laptop or even a Blu-Ray player. A wide variety of genres are covered, from progressive rock all the way to jazz and even classical.

In the streaming world, there are hundreds of 5.1 and Dolby Atmos albums available to stream on Apple Music (under the moniker of “Spatial Audio”). One can play these back in a binaural render using headphones or through a home theatre system using an Apple TV streaming box.

Tidal’s HiFi Plus platform is a good option for those looking to stream music in immersive formats. They offer Dolby Atmos and Sony 360 Reality Audio mixes of many albums in their vast catalog.

Once you get started with surround music, there’s no going back! I’d bet there’s every chance you’ll wish to continue to delve into this exciting new world of immersion.