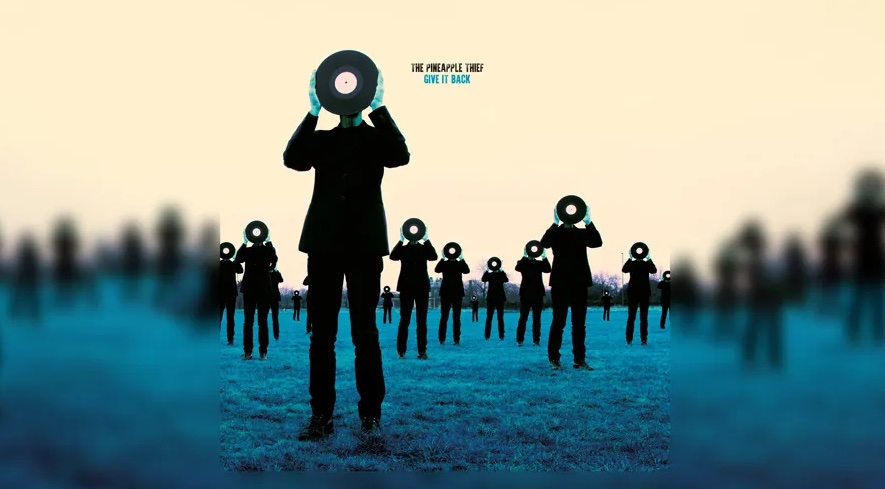 Give It Back – The Pineapple Thief – 5.1 Surround Sound & Dolby Atmos

Issued in the midst of their 2022 Versions Of The Truth tour, The Pineapple Thief’s latest studio release revisits older material in a fresh new light.
Jonathan Cornell
4 min read

British post-progressive rock band The Pineapple Thief is on a roll. Though the band - spearheaded by lead singer/songwriter Bruce Soord - has existed for over two decades and released thirteen studio albums, the world truly began to take notice when acclaimed drummer Gavin Harrison (Porcupine Tree, King Crimson) became a full-time member following his studio contributions to Your Wilderness (2016). 2018’s Dissolution and 2020’s Versions On The Truth, both featuring songwriting contributions from Harrison, achieved top-40 placement on the UK album charts and led the band to announce North American tour dates for late 2020-21.

As we all know, the COVID-19 pandemic and ensuing lockdown unfortunately hampered the band’s steady rise in popularity worldwide. However, they wisely managed to keep up the interest and momentum by reconfiguring their planned live set into a live-from-the-studio streaming concert event entitled Nothing But The Truth (2021).

Now that the band has finally embarked on its extensive North American tour, we arrive at the release of their latest studio album. Recorded during the lockdown, Give It Back (2022) is a collection of twelve older songs from the albums 137 (2002) Ten Stories Down (2004), Little Man (2006), and All The Wars (2012) re-recorded, remixed & “re-wired” with Gavin Harrison’s drumming and new vocals by Soord.

If you’re familiar with the original recordings of these songs, these new reworked versions can be a bit jarring at times. “Dead In The Water,” previously more of a ballad-type piece with the intensity bubbling under the surface, hits hard right from the start due to the inclusion of Harrison’s drums. The new drums also alter the feel of “Boxing Day,” which was previously dominated by a slower acoustic feel and less rhythm presence. Comparing the old and new renditions of “Give It Back” shows just how far Soord has come as a singer in this past decade.

The band previously auditioned new interpretations of “Warm Seas,” “Build A World,” and “Wretched Soul” on Nothing But The Truth, all of which utilize the same updated arrangements here. “Build A World” in particular is a drastic improvement over the original recording. I love the use of the marimba throughout and the dynamic contrast between the softer verses and powerful choruses. The same goes for “Last Man Standing,” the heavy guitars in the choruses really hit hard.

The 5.1 surround sound mixes are every bit as impressive as fans have come to expect from Soord. Versions Of The Truth (2020) is still one of my favorite surround music mixes ever and this is up to the same high standard. Harrison’s drums and Soord’s vocals hold down the fort upfront, while the rears fill up with backing vocals, keys, rhythm guitars, and percussion. The highs are crisp yet not overbearing, whereas the low-end is powerful but not excessive. The band just sounds absolutely huge and even more powerful in this format.

The Dolby Atmos mix kicks the immersion factor up a notch, with ethereal elements like delays, keyboard patches, and sustained guitar notes assigned to the height speakers. The height channels don’t always stand out, but they add a subtle bit of realism and cohesion to the overall surround field. There are some good moments of “ear candy” up there as well, such as the opening guitar feedback effect to “Dead In The Water” or piano throughout “Boxing Day.”

Some of the heavier guitar parts in songs like “Wretched Soul” or “Last Man Standing” are positioned in both the rear and height speakers, resulting in a massive wall of sound. The densely-layered vocal arrangements in “Give It Back” and “137” are spread all throughout the listening space, with some even coming from above the sweet spot. In fact, I’d argue “137” is a demonstration-quality track for Dolby Atmos.

In conclusion, this is another top-notch immersive release from one of my favorite musical acts out there today. If you’re set up for 5.1 surround or Dolby Atmos, there’s really no reason not to pick up this affordable CD/Blu-Ray set.

Purchase Give It Back in the IAA Shop!