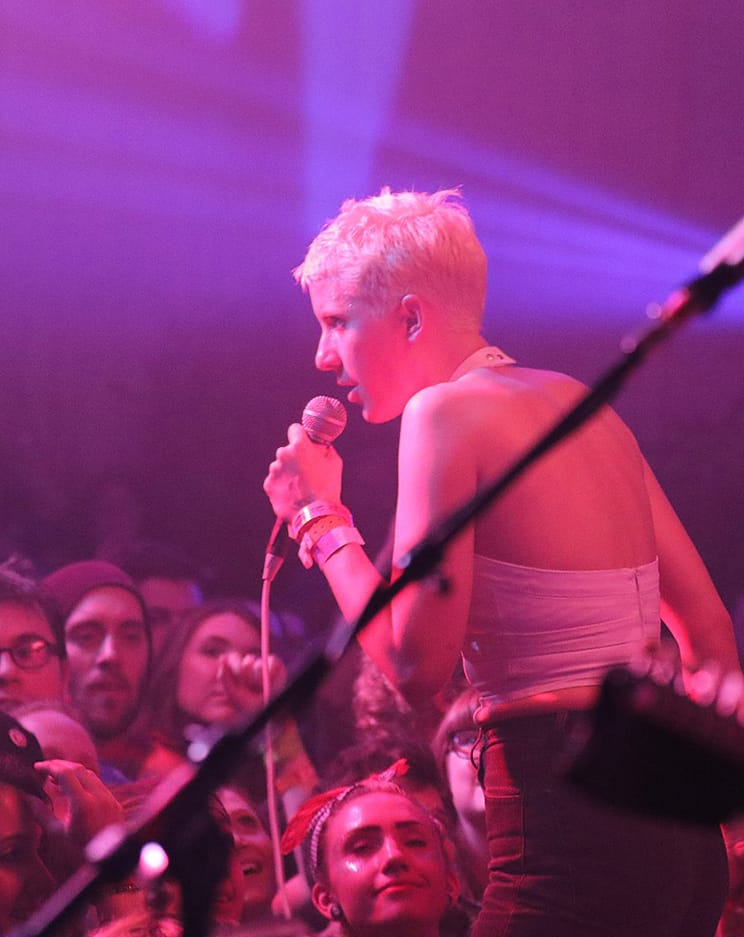 To hear a snippet of a Yacht song, you might feel like harmless, breezy LA synth-rock was the name of the game. Simple, catchy and effective...
Ben Jacklin
3 min read

To hear a snippet of a Yacht song, you might feel like harmless, breezy LA synth-rock was the name of the game. Simple, catchy and effective.

While this description is, in some ways, apt, a delve below the surface shows that there is so much more depth to their latest album Chain Tripping.

The band’s seventh album took three years to produce. Speaking to The Skinny, Claire L. Evans, one-third of the West Coast synth trio, summed it up nicely. "You can dip a toe in the shallow end and it's just party music, then you swim all the way to the deep end and it's just so weird... there's 17 years of just the weirdest stuff for you to chew through, and that's our great joy."

So, what makes this album different?

Throughout the arduous production of the album, the band fed their back catalog into software using machine learning artificial intelligence. MIDI files (a common file used in music production) were provided for the software to learn from, and the new MIDI files they chucked out became the basis of the album.

Audio experiments with AI have had varying success before. There are multiple ways to use this sort of technology to create new ideas, but Yacht have rightly received a huge amount of attention for their innovative use of machine learning.

What we’re left with is an evolution of the Yacht sound. Their previous incarnations are still there to be heard, vibes of LCD Soundsystem, Little Dragon and The Knife shine through. Somehow, in a way that is hard to put your finger on, the computer element is there to be heard, too. Perhaps it’s the way the album is arranged, the quirky melodies or the experimentation provided by the AI.

There’s a “Rick Deckard from Blade Runner” style sixth sense telling you the whole time that the computers played a part.

The experimentation doesn’t particularly come from time signatures or arrangement. It is the soundfonts, quirky vocals, and a combination of twisting and snarling synths that bring this to life in a pleasing and original way. Immersive audio feels like the only format that can do it justice, as Luke Argilla weaves the unusual and sometimes alien-feeling sounds into a rich tapestry.

“Downtown Dancing” and “Loud Light” are highlights as the vibrant, upbeat opening tracks of the album fill your ears with dance floor rhythms. Shades of disco and electro continue the technological touchstone that Chain Tripping will surely be remembered for.

A more soulful vibe kicks in as the album slows towards the end. “California Dali” and “Stick it to the Station” feel like the party is winding down. Thoughtful and provocative in their lyrics, with slowly driving rhythms drawing us to a finale.

That finale is “Little Instant” with instrumentation that feels slightly less robotic. Acoustic instruments remind us that for all the technological influence, this album has been carved and shaped by human talent; the enigmatic Yacht and producers Luke Argilla and Jurgen Scharpf. A worthy “Best Immersive Audio” nominee.