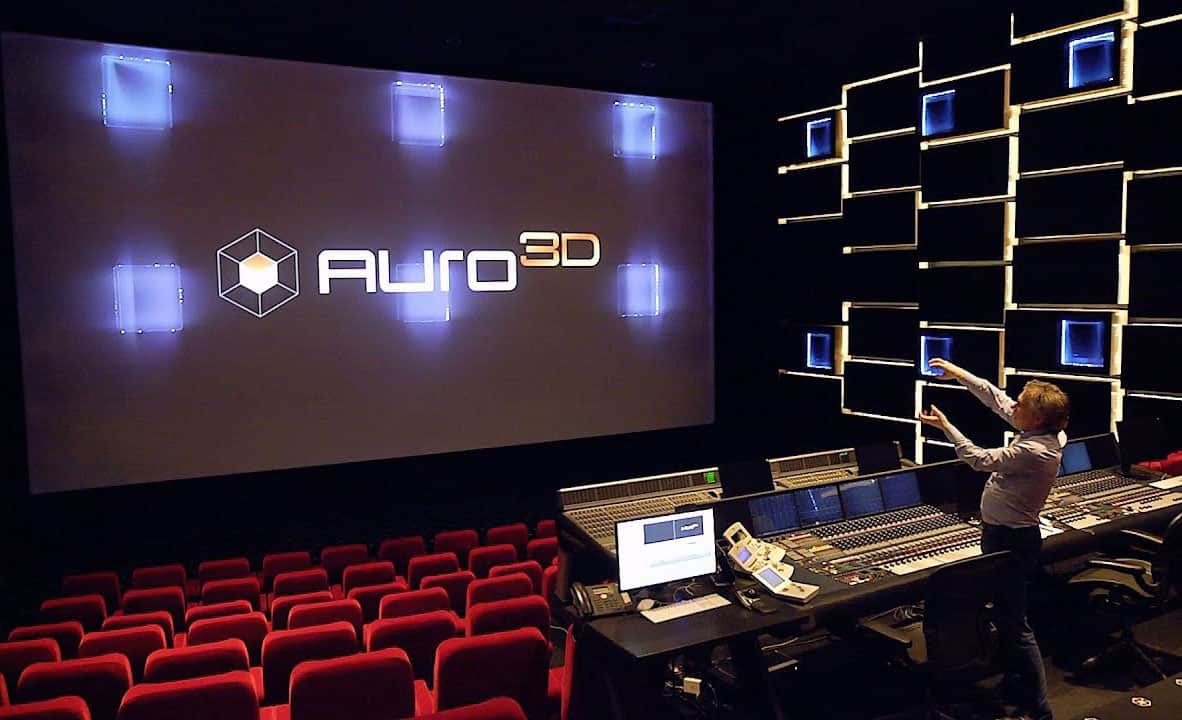 Immersive audio technologies are undeniably on the rise, and systems like Dolby Atmos have gained a huge amount of traction and popularity in recent years...
Ben Jacklin
3 min read

Immersive audio technologies are undeniably on the rise, and systems like Dolby Atmos have gained a huge amount of traction and popularity in recent years. One company making impressive moves in the industry is Auro Technologies, and they have developed Auro-3D.

The company is extremely small compared to some of the huge businesses specializing in 3D and immersive audio. However, Auro-3D is making a big impact in the industry, and rivalling Atmos as one of the best ways to add a new dimension to music and film.

So, what does 3D actually mean? How does this technology work? Why is it getting such industry acclaim?

Auro-3D is based on three levels of height. An ear level, a height level, and a top level. These give the impression of sound coming from higher levels. Imagine watching a movie and a helicopter flying above you. Auro-3D provides a “cocoon” of sound. Audio can dart around in 360 degrees.

One of the very best things about Auro-3D is the fact that it is universally compatible. Songs mixed in this way do not need complex systems put in place to be able to listen to it, and while 9.1 systems will help, they aren’t truly essential.

A full system of high-fidelity speakers will get a lot more out of the format, but the Auro-3D wins over the competition in one specific area: height. Other 3D systems need a specific speaker installed for the very top level. Auro-3D can get the same effect out of a 9.1 system or 10.1 system that some other systems such as Dolby Atmos require more speakers to achieve.

You can make use of a simple surround sound system and the uncompressed Auro-3D audio format. The simplicity of the setup makes it preferable to Atmos systems for some audio enthusiasts.

The unique height channel, combined with the brilliant compatibility with a huge number of devices, means this system of immersive audio is different from the others on the market, and if compatibility and great immersion with fewer speakers is your priority, it could be the right choice.

In the words of the manufacturer, “Auro-3D® creates the sensation of actually 'being there.' Thanks to a unique 'Height' channel configuration, acoustic reflections are generated and heard naturally due to the fact that sounds originate from around as well as above the listener.”

Auro-3D has shot to prominence, being used by some high-profile figures in the music industry as well as the film industry. The Lucasfilm production Red Tails was mixed in the 11.1 Auro-3D platform, and DreamWorks Animation studio have since switched to the format for all of their films. Other huge movies such as Blade Runner 2049 have used the format, and been lauded for their use of immersive sound.

Auro-3D is growing in the music industry, too. Serial immersive audio producer Morten Lindberg released his Auro-3D recorded album MAGNIFICAT in 2014, and has continued to experiment with mixing for Auro-3D since then.

Speaking of the technology, Lindberg explained that “Auro-3D is like a sculpture that you can literally move around and relate to spatially; surrounded by music you can move about in the aural space and choose angles, vantage points and positions. Recording in Auro-3D gives me the chance to give the listener the most natural, emotional experience possible.”

Auro-3D vs Dolby Atmos is an almost superfluous discussion to have. Both have their pros and cons, and both offer something slightly different. For those who want a simpler setup, but three levels of surround sound audio, the Auro-3D setup could be preferable. The manufacturers hit the nail on the head: Auro-3D offers “uncompressed audio quality with an unrivalled level of flexibility.”